Every single gamer has a pile of shame, that list of games that lies unfinished, un-played and unopened.

Some people have the ability to go through these and clear that pile but I’m not one of those people.

I have a problem where I just can’t stop buying games.

At the moment, I have at least three games going at once (God of War, Yakuza 6 and Final Fantasy X) but I’m currently weighing up buying Kingdom Hearts HD 1.5 + 2.5 ReMIX because I want to play that too.

A few days after buying God of War and Yakuza 6, I also bought a SNES Mini and want to play through Earthbound and Secret of Mana too.

This could be a simple case of me being easily distracted or is there a wider issue?

Personally, I believe that I’m just led astray by markers on a map or fetch quests for collectables which leads to me forgetting what I’ve been doing.

At the moment, in God of War, I’m going through trying to open up parts of the map unexplored to collect different items and I’ve yet to even complete the story much to the dismay of everyone around me.

There’s just too much to do.

Another way to look at this though, am I hoarding titles and picking them up on release to avoid inevitably having something spoiled online?

Spoiler culture is massive within the gaming media with big parts of games being plastered in headlines, stories and by trolls in comment sections.

I’d love to agree with this, but the fact that I’m not even completing the games is the biggest caveat to this point.

I can’t even remember the last time that I completed something.

It’s strange trying to put this out there but maybe there’s just too much in games for me. Paying £50+ for a blockbuster experience with all this content is great and I’m definitely getting what I’ve paid for.

Looking back at times where I’ve managed to complete games, I’d look at things like Metal Gear Solid and Devil May Cry, which are more contained experiences.

In my perfect world, there would be games with less focus on the open world, and instead more focus on linear and story-driven content but with a lower price tag.

To be honest, this has all coincided with a time in my life where I’m working and have less time to sit down and enjoy a game.

Being able to shove something on for an hour or two and batter out wee parts is great, which is why I enjoyed Monster Hunter World so much. 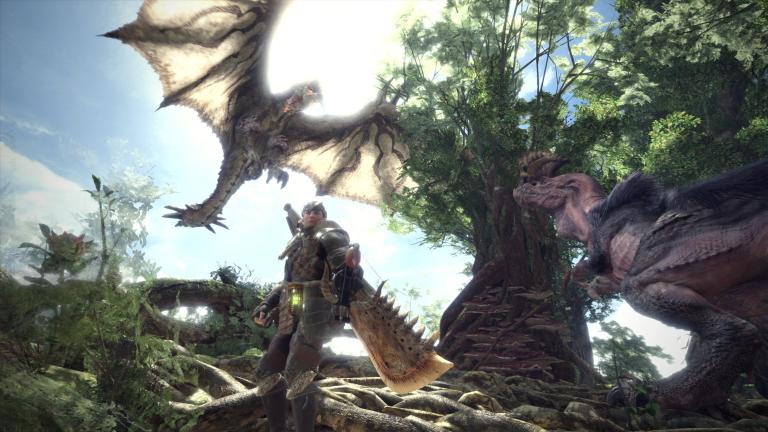 It featured self-contained missions that could be completed at leisure, but most games now rely on you to remember what you were doing before pushing on.

Maybe this is just the inevitability of life.

Maybe I’m just too old to complete games and need shorter experiences to have that accomplishment with.

Maybe I’m just easily distracted and require some tool or service to remind me exactly what I’m doing when I turn a game on.

The image at the top of this page is just a small part of what I own and that doesn’t include the digital stuff, maybe I have a problem.

I don’t know, but I just want to complete things again.

2 thoughts on “Is it me or are games becoming harder to beat?”

This site uses Akismet to reduce spam. Learn how your comment data is processed.